Chacachacare is the largest of the small islands that lie off the northwestern coast of Trinidad. It has an interesting history as leper colony. The original Leprosarium was located at Cocorite but with the discovery in the early 20th century that leprosy was, in fact, contagious, the colonial authorities moved to establish an "off-shore" leper colony on the relatively remote island. According to Fr. Anthony de Verteuil's "Western Isles"... In spite of many protests, the Colonial Authorities pressed on with the project. On May 20th 1921, paper no.58 was laid before the legislative council for the removal of the Cocorite Leper Asylum to the island of Chacachacare. 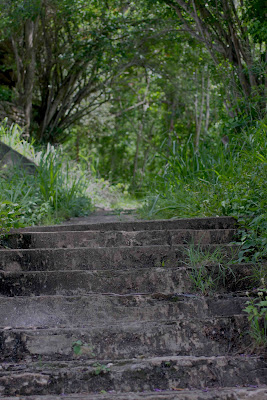 Today the island is eerie and deserted. With the advent of antibiotics to treat Hansen's Disease or Leprosy, the Leprosarium returned its last boatload of patients to the mainland on July 24th 1984. The island has taken back the buildings but many have held on tenaciously with the fretwork panels and staircases still intact.
We used to visit the island very often in the early 1990's and explore to our hearts' content. All the beds remained in the wards and patient records lay in their folders. The entire place had the feel of a deserted city. But it is almost all gone. 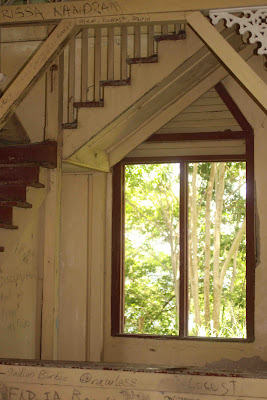 Despite the beauty of Chacachacare, it is not hard to imagine the misery suffered by the patients separated from their loved ones and banished for a lifetime. The patient's cemetery has been reclaimed by the forest and is now difficult to find. 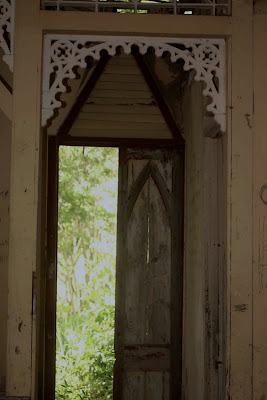 The jetty still stands with its galvanised roof now frilly and decorative with age. 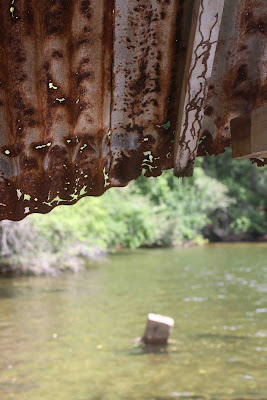 The history of the Dominican Nuns in Trinidad is closely linked to the care of lepers in Trinidad. These nuns were the primary caregivers of the lepers dating back to 1868. It was natural that they would move to the island and form the backbone of the small colony.
When we visited last month, we we able to find the small Nun's Cemetery that pays tribute to these selfless women who lived and died on the island. 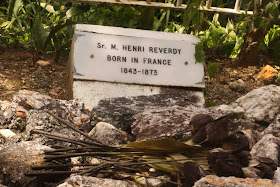 Many of the nuns were originally from France with others coming from Madeira. De Verteuil's "Western Isles" tells us that at the death of a sister it was customary that a steamer went round the bay of Chacachacare with its flag flying at half-mast and when passing in front of Marine Bay, blew its siren three times as a sign of sympathy with the sisters' bereavement 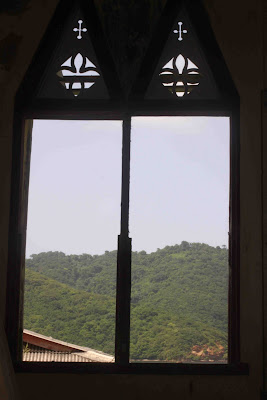 Today the bays are deserted and beautiful. There are many stories about these islands. One of the more popular ones is that the Coast Guard had set up a small security post on Chacachacare in the late 1990's. After a very short period, the officers refused to stay claiming that the island was haunted by the nuns. 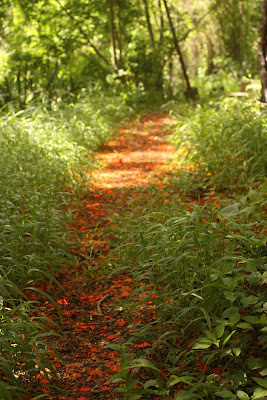 We can only hope that the ghosts of nuns are an equally strong deterrent to errant smugglers and mischief makers.
On the day that we visited, all the Savonetta trees were in bloom as they usually are in August and the sea was full of the lilac blooms. 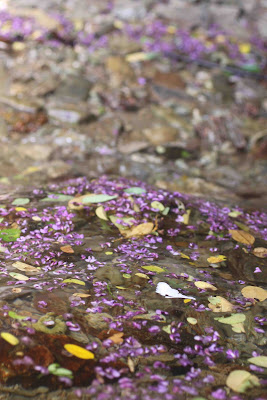 This is also the time of year that the yellow butterflies make their way from the mainland and can be seen coming across the sea in drifting colonies.
The doctors house is now in ruins. 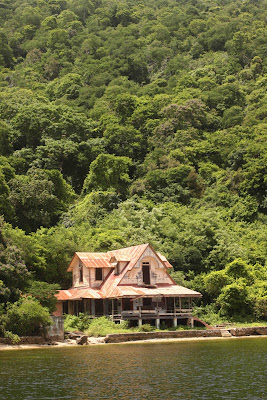 But one can still sense how beautiful it must have been in its heyday.
Dr. Wilfred Urich was one of the first doctors to live permanently on the island, in Rust's Bay. His children lived on the island with him until they were old enough to go to school. In all Dr. Urich spent 16 years on the island.